Former prime minister Kevin Rudd has argued proposed laws to force Google and Facebook to pay media companies for their news content will entrench the power of Rupert Murdoch’s News Corp empire in the Australian media landscape.Mr Rudd, who has become a strident critic of News Corp since leaving politics, used an appearance at a Senate inquiry into media diversity to compare the news ban imposed by Facebook on media companies to the dominance of News Corp in the print media market. 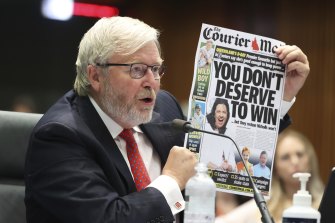 Former prime minister Kevin Rudd gave evidence at Senate hearing on media diversity in Australia on Friday.CREDIT:ALEX ELLINGHAUSEN“The problem that we’ve seen within Facebook’s actions in the last 24 hours is that they give us a graphic example of what a very large new media monopoly can do to abuse its power,” Mr Rudd told the inquiry.“The problem with the government’s current response to the challenges of the digital media marketing code is that it seeks to solve one problem ... by enhancing the power of the existing monopoly – that’s Murdoch.”

Facebook on Thursday banned publishers and users in Australia from sharing or viewing news articles on its platform after the news media bargaining code passed the House of Representatives the previous night.

The social media giant claims the code, which seeks to force it to compensate media companies for the value it obtains from having news content on its platform, “fundamentally misunderstands” the relationship between it and publishers.

News Corp and Nine Entertainment Co, owner of this masthead, have spearheaded the media industry’s campaign for the code. Smaller publishers, including Eric Beecher, the chairman of Private Media, have also raised concerns the code will further the dominance of News Corp and Nine.

But he argued that media ownership was not determinative of media diversity.

“What’s determinative of media diversity is the independence of journalists and the ability for journalists to do their job,” Mr Marks said.

“The reality is neither Nine nor Fairfax standing alone would’ve been positioned to navigate the challenges posed by COVID when marketers froze significant portions of their spend.”

In his evidence to the inquiry, Mr Rudd claimed News Corp used systematic character assassinations to cultivate a culture of fear among politicians, and engaged in campaign journalism against issues such as action on climate change.

“As prime minister, I was still fearful of the Murdoch media beast. That’s the truth of it,” Mr Rudd said.

“When did I stop being fearful? Probably when I walked out of the building in 2013.” 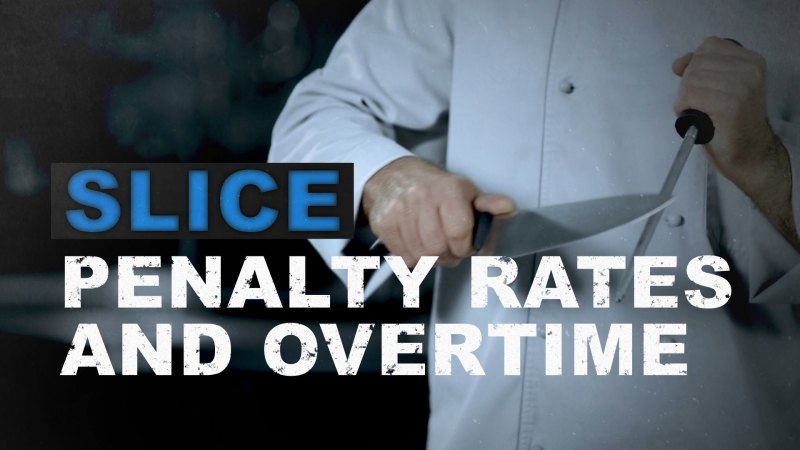 Friday February 19: The Prime Minister has cited the 2019 Christchurch massacre and the distribution of images from the tragedy on social media as an example of how national governments can regulate technology giants.

“It is simply a fact that we are now living in the most diverse news media marketplace in Australian history and to deny that is to turn a blind eye to the modern world,” Mr Miller told the inquiry.

“The comments made by former prime ministers Rudd and [Malcolm] Turnbull, whereby they choose to blame News Corp and Rupert Murdoch for failure of theirs to convince their colleagues in this Parliament of a sensible climate change policy, is a convenient diversion from their own failings.”

The media diversity inquiry, which is examining issues of media concentration in Australia, was established by the Senate after more than 500,000 people signed a petition by Mr Rudd that raised concerns about the influence of the Murdoch media empire. Former Liberal prime minister Mr Turnbull, who has also become an outspoken critic of News Corp and its climate change coverage, signed the petition.

Nine, owner of The Sydney Morning Herald, The Age and The Australian Financial Review newspapers and a range of radio stations and television assets, is also a dominant player in Australian media.

The ABC is the third major player through television, radio and the nation’s most visited website.